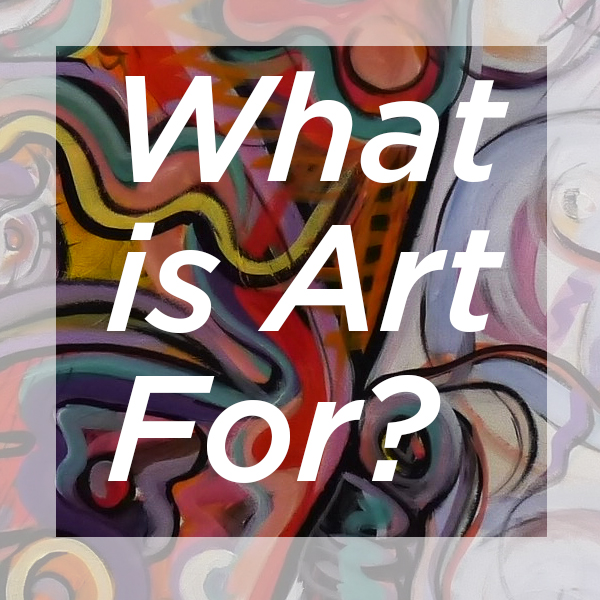 What is Art For?
Annual Artists of MarinMOCA Exhibition

Open to all Artist Members of MarinMOCA who are up to date on their dues. You are invited to submit one original work not previously shown in a MarinMOCA or Artists of MarinMOCA exhibition. All media are acceptable. This show will be juried for monetary awards for First, Second, and Third Place by curator and writer Renny Pritikin. Non-monetary Honorable Mention awards will be given at his discretion.

THEME: What is Art For? Taking as a point of departure William T. Wiley and Mary Hull Webster’s 1999 Oakland Museum of California (OMCA) exhibition of the same name, What is Art For? engages MarinMOCA’s artist member community in considering this question through their own artistic contributions. The museum-wide exhibition pays tribute to the late Wiley, who passed away in Novato earlier this year, and is one of the Bay Area’s most legendary artists hailing from Marin County. A related blurb about What is Art For? at OMCA culled from Sam Whiting's Chronicle obituary can be found below:

"He was embracing of the talent of other artists, too. In 1999, he was offered a solo show at the Oakland Museum of California. But instead of doing it solo, he turned it into an omnibus exhibition titled “What Is Art For?: William T. Wiley and Mary Hull Webster and 100 Artists.” The museum’s Great Hall was stuffed with all forms of art, from painting and photography to an antique bicycle to a giant steel wagon full of gourd-like forms made of cardboard.”

The exhibition runs in tandem with major Wiley exhibitions at the Manetti Shrem Museum of Art at UC Davis and the Bolinas Museum.

JUROR:  Renny Pritikin
Pritikin was chief curator of San Francisco's Contemporary Jewish Museum from 2013-2018 and director of the Richard L. Nelson Gallery and the Fine Arts Collection at the University of California, Davis from 2004 to 2012. Pritikin was named chief curator for all artistic programs (film/video, visual art, performing arts, education) of the Yerba Buena Center for the Arts in San Francisco in January 1997 after serving as director of the Visual Arts Program since 1992. From 1979 to 1992 he served as executive director of New Langton Arts in San Francisco, an alternative space internationally renowned for its presentations of new visual art, interdisciplinary performance, video, literature and music.

FEES
$30 for one piece. Diptychs/triptychs count as one piece but must conform to the size limitations. Please pay via the online submission process.

Download the prospectus here for complete details about this call for art.